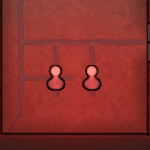 ALPHA 6 UPDATE:
Tested working with Alpha 6. It has been a while! Been busy “testing” (ie, playing) the game instead of keeping my mods up to date. If you have any problems, please let me know.

v2.0 CHANGELOG:
= Updated everything for Alpha 6.
= Removed Magnetic Resonance (300W) reactors altogether. I ended up not liking them, even though they were green.
= Slight changes to resource requirements, descriptions, etc, for the remaining two reactors.

FEATURES:
= Adds 2 advanced reactor research projects to RimWorld, which must be researched sequentially and allow you to build colored standing lamps which represent advanced reactors as sources of power. (Attempts to be lore friendly in the sci-fi sense.)
= Research Ionic Capacitance Reactors to unlock blue lamps which provide 750W each.
= Research Micro-Singularity Reactors to unlock red lamps which provide 2200W each. Requires Ionic Capacitance research project.
= Reactors are flagged as “transmitsPower”, “ignoreNeedsPower”, and “Impassable”.
= Other than the colors, the glow radii of the reactors have been reduced from that of a regular standing lamp. (The colors do look pretty, though!)
= Moderately over-powered for the game.

INSTALLATION:
= Unzip the contents and place them in your RimWorld/Mods folder.
= Activate the Advanced Reactors mod in the mod menu (from the main menu).

NOTES:
= Safe to add to an existing save game or new game, but NOT safe to remove from a save game.
= Tested working with RimWorld Alpha 6.
= Advanced reactors look just like standing lamps! I am not an artist in the least, so I use existing texture assets from Core.
= The sheer density of power production that these provide is off the charts! If anyone would be interested in creating custom 2×2 or 3×3 textures for these, that would be cool. It would certainly help with balancing for those who like a tougher game.

Finding a game interesting after investing 300 hours into it can become a bit challenging. But with mods as long as there is a new update is assured, you are guaranteed a few more hours of new exciting gameplay. Our website offers you exactly that, a way to breathe life into your Rimworld gameplay through an expansive catalog of Rimworld Mods. Our Rimworld Mods are rigorously tested for all types of bugs and viruses. So that our users would feel safe when installing a Rimworld Advanced Reactors Mod. If you are feeling bored we have a Rimworld Mod called Alien vs predator for you to enjoy. This mod is based on the commercially successful movie with the same name and offers a plot similar to that of the movie as well. With the mod installed, you play as a race of predators that research, develop, and create new weapons and armors to combat a swarm of aliens. Another mod called the lord of the rims throws you into the lord of the rings fantasy world. This mod when installed limits your technological advancement to medieval times thus eliminating a huge chunk of items, buildings, and techs. The Advanced Reactors mod will remove and add certain features to make it seem like a lord of the rings game. To add creatures like elf, dwarf, and hobbits you will have to download a mod for each of them through our website. There are still a ton of other transformative mods available on our website that will change the entire map into something new.