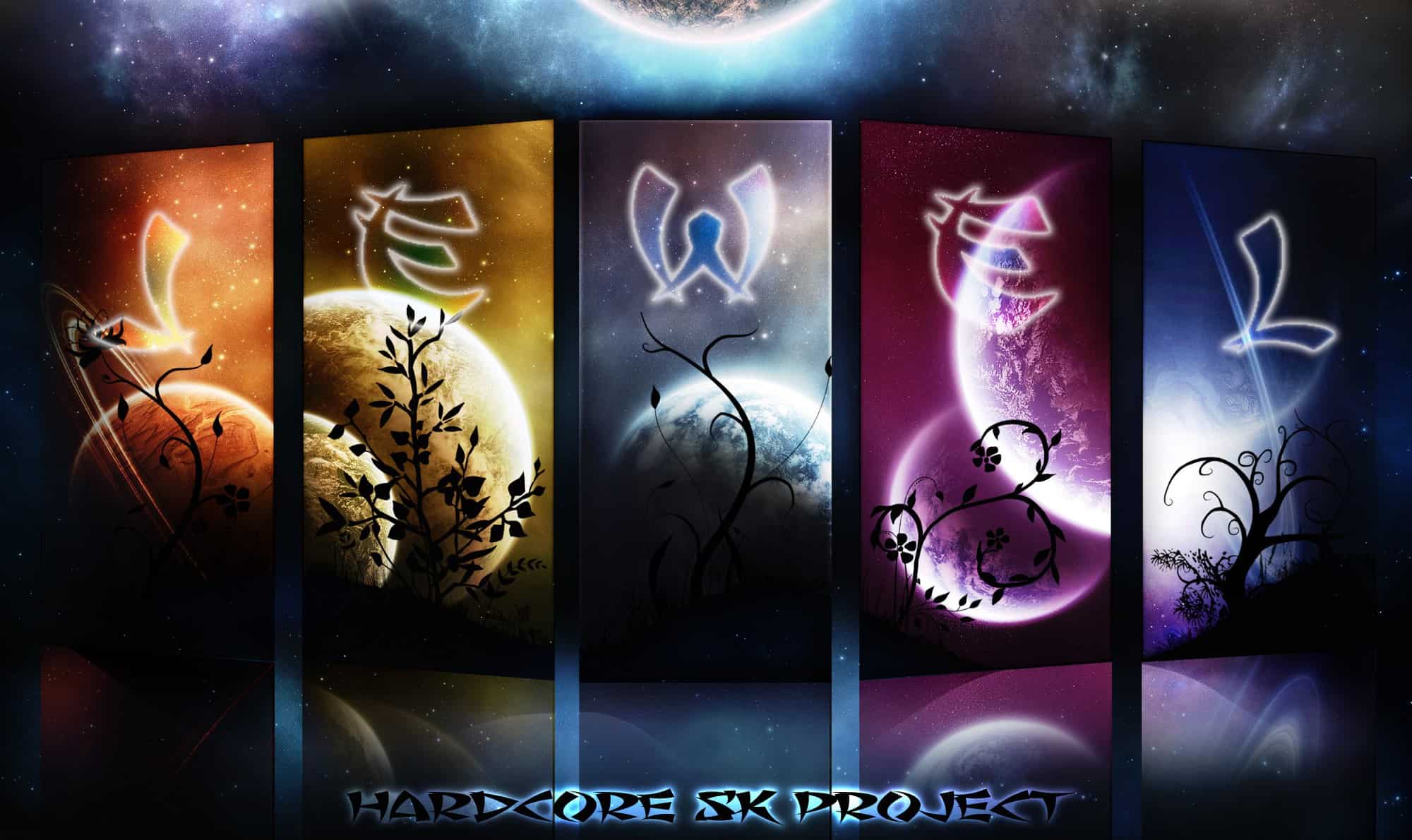 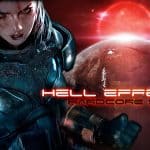 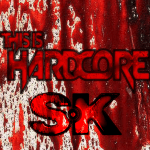 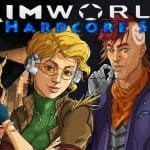 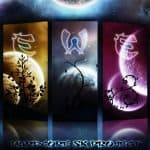 At first would like to thank the creator of the game and all modders whose mods i used.

The idea to create this project, appeared after using other modpacks, in which I didn’t like a game balance. Some of its mods greatly simplify the gameplay, making it soon not interesting.
The main idea of the Rimworld to overcome difficulties that you’ll encounter when landing on the planet… The more problems you will have, the more interesting it will be your story… You have a goal, a heavy goal – to survive. It make Rimworld worth replaying again and again…

Main focus based on the growing complexity of the gameplay. Trying to achieve greater..Maximally immerse the player into gameplay and stay there for a long time. More than 70 research are waiting. When you start playing, you immediately understand everything… Campfire welcomes you.

Mod consists:
Core_SK – this is the main project core, which consists of:
– SK Mods (A lot of new features, textures and retextures specially for Hardcore SK.) by SK team
– Superior Crafting (Adds quite a lot of content.) by Abrexus
– Rimfire CR_SK (Adds new weapons.) by Alistaire
– Roof Support (Added roofsupport to core.) by Nommy
– Glass&Lights (Adds new lights to the game.) by jacob814
– LED Rope Lights (Adds nice led rope lights.) by Loki88
– Floor Lights (Adds Lights lamps that are integraded into the ground.) by Temeez
– Better Omni Storage (Some new storage constructions.) by Adamiks
– Better Tribals (adds new hats.) by The13thRonin
– Project Fallout (Adds some texture weapons.) by AshbornK9
– Rimsenal hairstyles (Add new apperel and hairstyle.) by rooki1
– Animu Hair (Adds new hair animestyle) by Shinzy
– MoreFloors from T’s Mods (Adds overhauled stone and wooden floor textures) by Telkir
– Misriah Armory’s (Adds new weapons!) by iWilliBlecha
– Enhanced Defense (Updated to stable version by Vuursteen.) by Jaxxa
– USCM (Introduces new weapons and armors.) by Hiztaar
– Turret Collection (Full rework + combat realism.) by eatKenny
– Industrialisation (Adds some heavy industries to the game.) by eatKenny
– MD-Base (MD Core.) by mipen
– MD-Industry (Adds drilling rig and mine extractor.) by mipen
– MD-Power (Build a fuel power plant which uses fuel and coal.) by mipen
– Anti-tank weapons (Adds Anti-tank rifle and Anti-tank rocket launcher.) by eatKenny
– More Vanilla Turrets (Adds hauling items.) by Marnador
– Skullywags Weapon Packs (Adds flamethrower, plasma weapons and new turret.) by skullywag
– Vegetable Garden (Adds various fruits, vegetables, and plants.) by dismar
– Neuffs Texture Pack (Adds new textures) by neuffs
– Rimbeast (Adds new faction and raptor) by rooki1
– Cats! (Adds some domestic cats.) by Fluffy
– High Caliber (Adds some new amazing weapons.) by eatKenny
– In-game Clock (Adds clocks in the upper right corner of the screen.) by TP108
– AllowTool (Now you can claim all those raid goodies with one swipe of your mouse.) by UnlimitedHugs
– BlastDoors (Adds Fallout style blast door.) by beany_for_ever
– TTM Custom Events (Reworked & updated from A7.) by Minami26
– Thingamajigs (Adds some melee weapons from A9.) by Shinzy
– RIM WARS (Adds phase set) by damibonf
– Advanced Power Armor (Adds retexture for PA from Fallout series.) by van_tarkin
– VeinMiner (Nice helper to mine veins) by JuliaEllie
– New animals by A Friend
– Outfitters Workbench (Adds some new clothes.) by troedl
– Ish’s Medieval Mods (Added some medieval Defenses) by IshOfTheWoods
– Silage (Add a meal for your animals.) by Loki88
– Hydroponic room (Allows you to modify the grown plant of all hydroponic basins of a same room with one button.) by Rikiki
– Realistic Gun Sounds (Adds more realistic sounds to most of the vanilla guns) by eatKenny
– Wild Rim (Adds bandit mask) by Kyos
– Powerless! (Adds small features for a starting colony, or one without power.) by cuproPanda
– Extra Floors (Adds a variety of floors. Some are free, some require stone, and some require metal.) by cuproPanda
– Quarry (Adds a quarry for collecting resources in flat terrain..) by cuproPanda
– Xeva’s Hair (Adds several very nice hair styles) by Orion
– Area Rugs (adds different area rug models to the game.) by Fisty
– Rimsenal_Feral (adds new faction to the game.) by Rooki
– HaulPriority (adds two designators that allow players to have acute control over the order in which things are hauled.) by Renzo471
– DE Surgeries (Adds new surgeries.) by DarknessEyes
– Adaptation Refusal (Adds some new slug armors.) by milon
– More Furniture (Adds more furniture that fits the style of the game.) by Anonemous2
– More Traits (Adds some new traits.) by TheFlameTouched
– End Table with Lamp (Add nice table with lamp.) by TLHeart
– Storage Search (Adds search UI mod for storage.) by meonester
– AdditionalJoyObjects (Adds new objects and activities that bring joy to colonists.) by cuproPanda
– Apparello (Adds a huge amount of new awesome clothes.) by Shinzy
– Factions (Adds a new faction, the Norbals into the game and some new apparel) by Shinzy
– EPOE (Expanded Prosthetics and Organ Engineering gives you the ability to craft your own prostheses and artificial organs.) by Ykara
– Fish Industry (Adds a aquaponics.) by Rikiki
– Caveworld Flora (In the caves are now growing mushrooms. Added new recipes for cooking food with mushrooms, as well as the ability to make a tincture on mushrooms!) by Rikiki
– M&Co Mining helmet (Adds helmets with a light!) by Rikiki
– Dermal Regenerator (Add a machine that allows the fixing of scars.) by skullywag

All the project heavily modified + consists of a large number of patches to other mods for the perfect working them together and some of my own mods.
Full game rebalance, new features, chains of production, all waiting for you here.

User guide for correct install.
1. Delete or transfer to another place all mods in Rimworld mods folder, except main “Core”.

2. Go to:
For Windows users:
C:\Users\your user name\AppData\LocalLow\Ludeon Studios\RimWorld\Config
windows button + R -> the Run dialog will appear
type %APPDATA%\..\LocalLow -> this will open the appdata folder
For Linux users:
/home/your user name/.config/unity3d/Ludeon Studios/RimWorld/Config
For Mac users:
/Users/your user name/Library/Application Support/RimWorld/Config
Delete all the files that exist in that folder.
And copy new “ModsConfig.xml”, which at the root of the archive modpack.

Finding a game interesting after investing 300 hours into it can become a bit challenging. But with mods as long as there is a new update is assured, you are guaranteed a few more hours of new exciting gameplay. Our website offers you exactly that, a way to breathe life into your Rimworld gameplay through an expansive catalog of Rimworld Mods. Our Rimworld Mods are rigorously tested for all types of bugs and viruses. So that our users would feel safe when installing a Rimworld Hardcore SK Rimworld A16 project 5.1 (07.06.17) Mod. If you are feeling bored we have a Rimworld Mod called Alien vs predator for you to enjoy. This mod is based on the commercially successful movie with the same name and offers a plot similar to that of the movie as well. With the mod installed, you play as a race of predators that research, develop, and create new weapons and armors to combat a swarm of aliens. Another mod called the lord of the rims throws you into the lord of the rings fantasy world. This mod when installed limits your technological advancement to medieval times thus eliminating a huge chunk of items, buildings, and techs. The Hardcore SK Rimworld A16 project 5.1 (07.06.17) mod will remove and add certain features to make it seem like a lord of the rings game. To add creatures like elf, dwarf, and hobbits you will have to download a mod for each of them through our website. There are still a ton of other transformative mods available on our website that will change the entire map into something new.