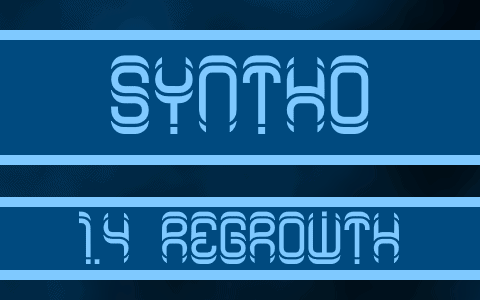 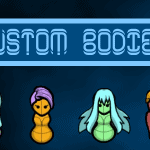 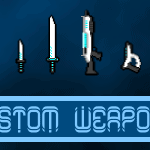 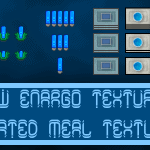 Synthetically created humanoids, commonly called “Synthos”, are often used on Glitterworlds to do the things deemed “unwanted” by the populace. They are usually attractive, as anyone on the Glitterworlds would want their servants to be.

The update for 1.1 compatability was done quick and dirty with zero playtesting. Please report any bugs immediately

Features:
Playable vat grown Humanoids complete with backstories. All syntho are Vatgrown as children but their adulthood is random from a small pool of jobs.
New plant, Enargo, a natual solar cell plant.
New meals. Normal/Lavish/Paste. Made from Enargo at various stations.
New power generation based on Enargo. Environmentally friendly. *UPDATED TEXTURE*
New clothing and armor.
Two new melee weapons and two new guns. Craftable at the stations you would expect them to be.
Custom start Scenario
Lore friendly (albeit a bit shy on the details)
Works with existing saves (Faction won’t spawn unless you have a mod for that though)
Works with EPOE and RBSE
Enargo Blender for converting old, normal food into fresh Enargo Paste. Should make it easier to start.
E-Gazelle Found in the wild almost everywhere, produces an alternative to Enargo.
*NEW* Organic Printer. Used to print parts for…
*NEW* Growable Syntho! You can now craft parts to grow your very own colonists. Requires…
*NEW* Researches! Syntho now have their own research tree!

The Stats:
Generally speaking, Syntho are about 25% better at everything physical.
Mental, however, they are less impressive with. They research 15% slower and learn 10% slower due to the rapid development of their bodies and brains.
They cannot eat normal food either and require energy from Enargo.
Comfortable temperature for both Syntho and Enargo is 10C to 30C.
They do not have parents.
Glitter Pistol is extremely accurate at close range and moderately at medium but pretty bad at long range. It’s also extremely light so don’t bother using it as a melee weapon. High damage.
Glitter Rifle is accurate at long range, but not at close range. About on par with assault rifle, but better at ranged combat in the long run.
Glitter Knife is just an improved knife that’s more expensive.
Glitter Sword is much the same.

Known Bugs
For some reason, sometimes males spawn with twintails regardless of that hair being tagged as female only.
Wandering pawns that join of their own free can spawn with normal backstories and parent-child relations.
Known conflict with Questionable Ethics due to overlapping code by ChJees.

Finding a game interesting after investing 300 hours into it can become a bit challenging. But with mods as long as there is a new update is assured, you are guaranteed a few more hours of new exciting gameplay. Our website offers you exactly that, a way to breathe life into your Rimworld gameplay through an expansive catalog of Rimworld Mods. Our Rimworld Mods are rigorously tested for all types of bugs and viruses. So that our users would feel safe when installing a Rimworld Syntho Mod. If you are feeling bored we have a Rimworld Mod called Alien vs predator for you to enjoy. This mod is based on the commercially successful movie with the same name and offers a plot similar to that of the movie as well. With the mod installed, you play as a race of predators that research, develop, and create new weapons and armors to combat a swarm of aliens. Another mod called the lord of the rims throws you into the lord of the rings fantasy world. This mod when installed limits your technological advancement to medieval times thus eliminating a huge chunk of items, buildings, and techs. The Syntho mod will remove and add certain features to make it seem like a lord of the rings game. To add creatures like elf, dwarf, and hobbits you will have to download a mod for each of them through our website. There are still a ton of other transformative mods available on our website that will change the entire map into something new.