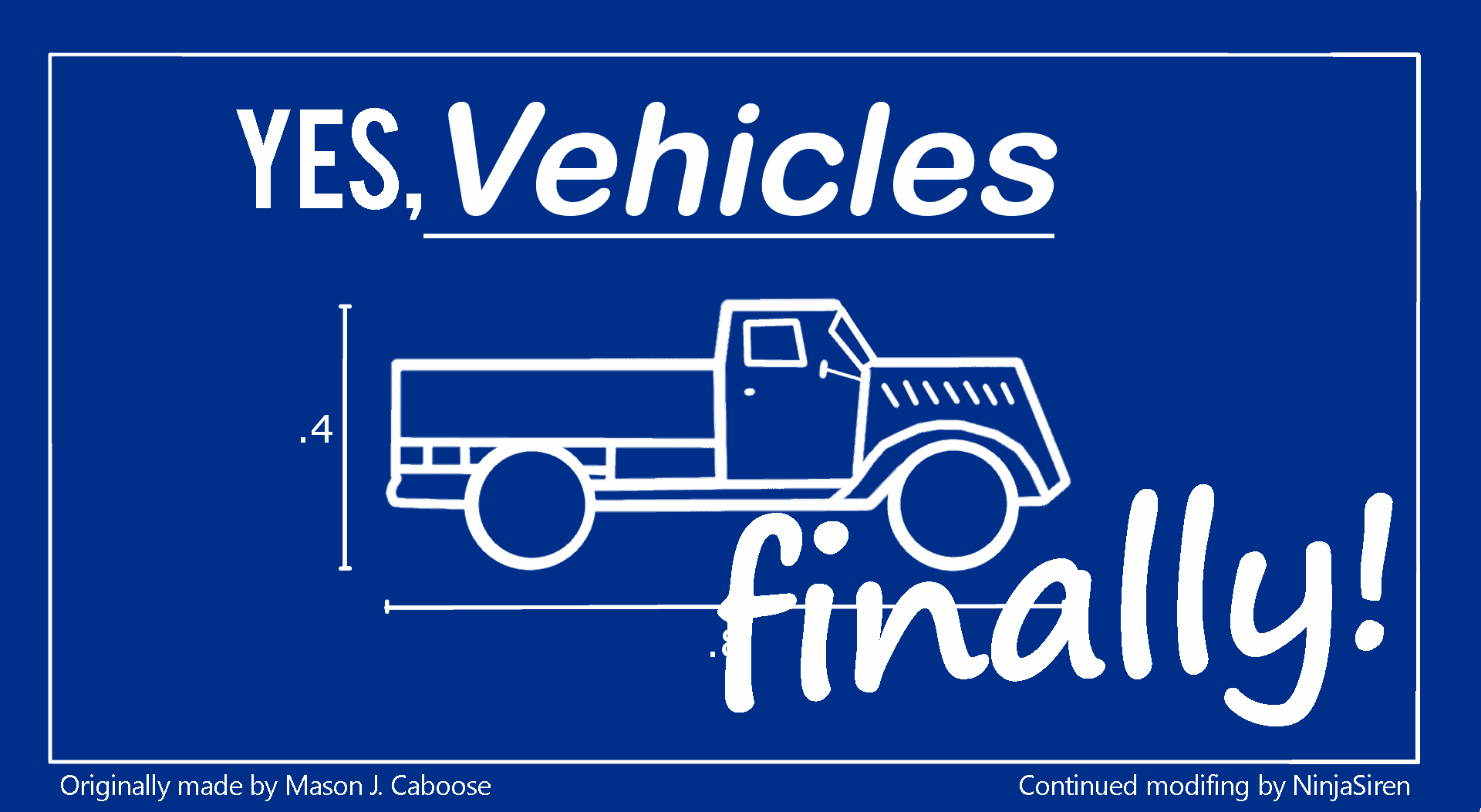 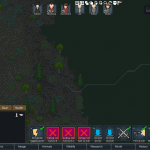 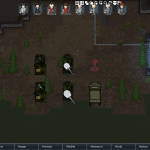 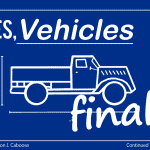 I was searching for a mod of vehicles and it ended up me finding this old mod from B17 to
B18. I ended up forking it from github and continuing the work of Mason J. Caboose’s Yes,
Vehicles mod.

I was searching for a mod of vehicles and it ended up me finding this old mod from B17 to
B18. I ended up forking it from github and continuing the work of Mason J. Caboose’s Yes,
Vehicles mod.

Thank You Jecrell for making JecsTools, Neronix for forking the Vehicle code from JecsTools
([O21] Vehicle Framework), and Mason J. Caboose for making the original WIP mod!
Thank you for Hjkma for the Combat Extended patch Hotfix #2!

How does it work?
To acquire a vehicle you need to research Machining and Smithing and then you will be able to build the Vehicle Table. With it you can construct a box filled with vehicular pieces, and vehicle weapons.

To assemble the vehicle, instruct a pawn to follow the included manual in the box (right-click the box). Upon following guides 1-Z on your Ikea manual and throwing away the last 5 screws, your pawn will have successfully assembled a working scrap heap!
Upon assigning a driver, you must instruct the vehicle to draft itself for glorious duty. Just like any partially oiled machine, you’ll have to fill and power it with chemfuel!

You will need both a driver and a gunner to shoot from the vehicle. Only the burst cannon, and machine cannon fits on the APC, and Machine Gun fits only with the Truck and ATV. (visually buggy yet, but works)

When doing a caravan with a vehicle, make sure you include one colonist outside the vehicle to not get the “Downed Colonist” feature/issue from the Vehicle Framework

You got 5 vehicles currently in the mod:
Tank
APC
Truck
ATV
Cart

And make sure you got alot of Steel, Component, and Plasteel in your inventory to craft the vehicles and weapons.

Installation:
Make sure that you have JecsTools installed.
Extract and copy the contents in the Mods folder.
Enjoy!

Make sure that Yes, Vehicles, Finally! is the last mod loaded or the last mod from Combat Extended, or other optional mods.

Additional Notes:
For Combat Extended users only, vehicles does not need to be loaded up with ammo to work.
For Polarisbloc users only, please disable Combat Extended.
If your goal is caravanning, load the driver into the vehicles first, then create the caravan with one colonist outside the vehicle.
The Vehicles Mod cannot be removed from a saved game.
AI factions may be able to use vehicles in raids, caravans, and bases.
This mod is compatible with existing saves, it does not require you to start a new game.
The Vehicles Mod requires the JecsTools Library in order to work.
Compatible with the latest Combat Extended and Run and Gun.

Changelogs:
v0.1
– Updating some Verse and Core references from B17/18 to v1.0+ variants, to remove.
– some errors on the log file. Though, there are still possible incompatibility issues.
– Fixed some XML duplicate errors.
– Fixed the 3 default vehicles. (Truck, APC, and Tank)

v0.6
– Transferred vehicle code from JecsTools to -O21-Vehicle Framework by neronix17.
– Working as intended, including weapons. YEAH!!!!
– Some random non-critical bugs may occur, and some visual bugs.
– ATV graphics changes.

v0.8b.2
– Added Naval Cannon. (Dual 280mm cannon!)
– Added new Combat Extended only ammo types. (88mm, 120mm, and 280mm)
– Added new raid strategies with no drop pods for vehicles only. (Fixes enemy raids with vehicles with no driver/passenger/gunner when its on drop pods.)
– Fixed raids patches for the new strategies.
– Added compatibility with Allow Tool and Ignite Everything mods. ([O21] Vehicle Framework compatibility fixed.)
– Nerfed vehicle and vehicle parts box market values.
– Buffed fuel consumption of all vehicles.
– Added weaponCardinalDirection as stated for v0.4 of [O21] Vehicle Framework for weapon facing fix from sideward to forward when not in use.

Finding a game interesting after investing 300 hours into it can become a bit challenging. But with mods as long as there is a new update is assured, you are guaranteed a few more hours of new exciting gameplay. Our website offers you exactly that, a way to breathe life into your Rimworld gameplay through an expansive catalog of Rimworld Mods. Our Rimworld Mods are rigorously tested for all types of bugs and viruses. So that our users would feel safe when installing a Rimworld Yes Vehicles Finally Mod. If you are feeling bored we have a Rimworld Mod called Alien vs predator for you to enjoy. This mod is based on the commercially successful movie with the same name and offers a plot similar to that of the movie as well. With the mod installed, you play as a race of predators that research, develop, and create new weapons and armors to combat a swarm of aliens. Another mod called the lord of the rims throws you into the lord of the rings fantasy world. This mod when installed limits your technological advancement to medieval times thus eliminating a huge chunk of items, buildings, and techs. The Yes Vehicles Finally mod will remove and add certain features to make it seem like a lord of the rings game. To add creatures like elf, dwarf, and hobbits you will have to download a mod for each of them through our website. There are still a ton of other transformative mods available on our website that will change the entire map into something new.